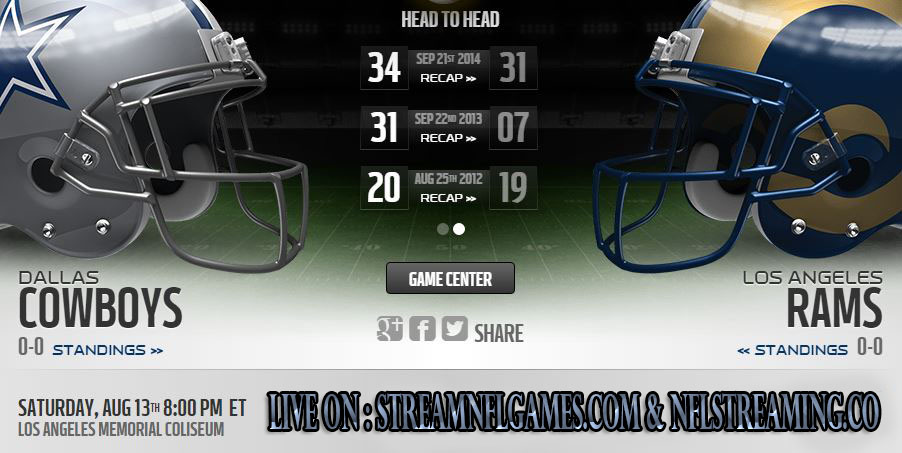 What: Dallas Cowboys vs Los Angeles Rams, Week 1 of the 2016 NFL preseason