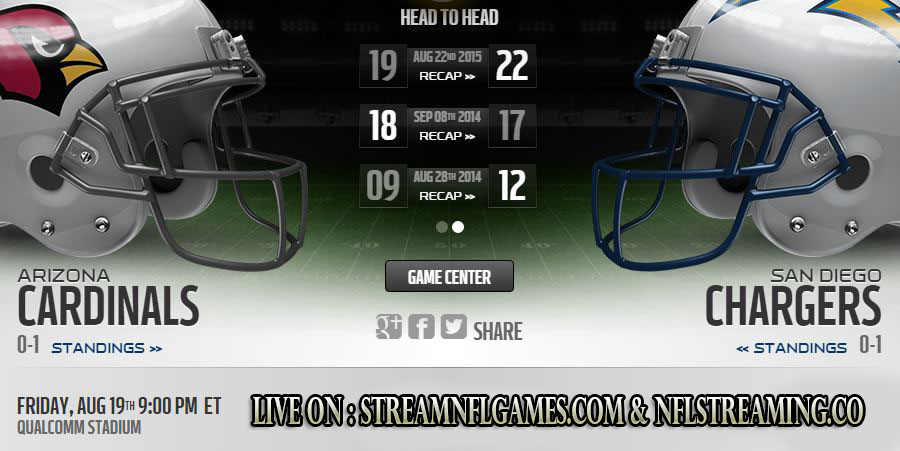 What: San Diego Chargers vs Arizona Cardinals , Week 2 of the 2016 NFL preseason