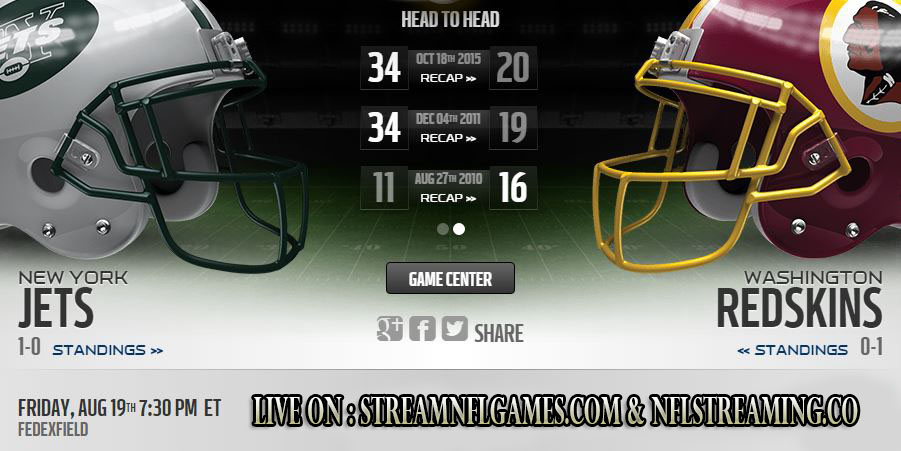 What: Washington Redskins vs New York Jets , Week 2 of the 2016 NFL preseason